The Church As Mother

THE CHURCH AS MOTHER 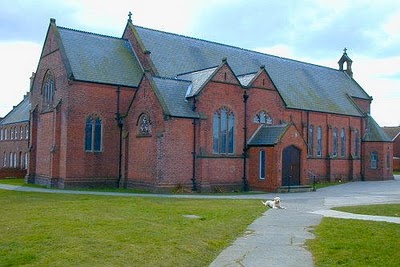 Up on the hill it stands,
back from the road, a bit.
Strong and brown and black and big,
the Church 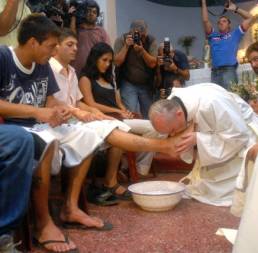 I am make no apology for returning to the same theme from last week's posting. The discussion of feet -washing as "an act on intimate love" argued the case for the more general sharing of this pastoral action and, in particular, for the inclusion of both men, and women.

When Papa Francesco visited the young men and women in the juvenile detention centre in Rome he gave a message that has reverberated round the world, not only for his action of kneeling to wash a stranger's feet, but for the inclusivity of what he did. Here is a Bishop who leads by example, who says much with few words, who looks for simplicity for himself and by implication asks us to do the same.

This Easter things are not quite as usual.

And I’m not just talking about the weather. Although at times it has felt more like mid-winter than the beginning of spring.

This Easter we have a new Pope. Pope Francis.