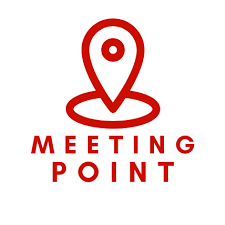 There are many gathering places that offer natural opportunities
for meeting one another, opportunities for the social contact that has been absent in recent weeks and months. Maybe it is worth reflecting on what we have missed as we gradually shift towards renewing old customs and habits.

It has become apparent just how much we value our local pub as an important aspect of our social life, to the extent that we understand ‘the local’ as clearly indicating the nearby pub. It is a place where we gather with friends for a social chat and a pint, where we are known by the bar staff and are missed if we are absent. Often a particular table or corner seat is known by the name of its regular occupant-‘that’s Jack’s seat by the window’. It is a place where we feel at ease, a place of relaxation.

The High Street Coffee House now runs a close second as a convenient meeting place, where people of all ages are welcomed and can feel comfortable. It offers social relaxation without the option of alcohol. Before lockdown, my local Coffee House was a place where I knew and was welcomed by the staff, a place where at a corner table I could read and write whilst enjoying a coffee and toast for breakfast. The general background buzz of conversation offered a familiar setting to the start of the day. Hopefully those mornings will soon return.

With so many people using the kitchen table as an office for their laptop and phone, the daily workplace exchange has been missing. The general chit-chat with colleagues has given way to the more removed Zoom meeting where the social informality is to a large extent lost and the creative spark of face to face contact is missing. Dressing from the waist up and careful consideration of the background view has assumed a greater importance as meeting on screen follows a relentless progress. The casualness of contact has been lost in circumstances beyond our control. On the plus side there is the absence of the rush hour commute, with its associated jostle of the packed train carriage or the crowded motor way.

Then there is the meeting place of our Parish church where we would gather to share the Eucharist. We valued those brief moments before Mass when we would greet friends with a hug or handshake and exchange a few casual words. Then afterwards, we would stand around talking or sharing a drink in the parish hall, the affable extension of our Eucharistic sharing, one with another and all with the Lord. In this way community is formed and nurtured, love shared and expressed.

Another gathering point is the Primary School playground where morning and evening parents and grandparents gather with their children. It was there that a community of interest was formed and nurtured, where children’s attendance at a particular school gave reason for exchange and social contact. In the quarter hour before school and at home time in the evening I would make a mug of tea and go out to join them on the playground. It gave opportunity for informal exchanges that built confidence and understanding. There was one occasion where the wind blew the end of my tie into my tea mug. Without missing a word, the Mum I was talking to lent across and carefully removed it…Such trivial occasions were a valuable part of building trust between home and school. They gave an opening for further discussion of sensitive issues in the privacy of my school room without the formality of phoning in for an appointment.

Keeping physically and mentally fit is an important aspect of our lives. With the closure of gyms we lost not only the physical activity they provided but also the social contact that was part of the deal.

It has been a football season like no other. Teams have competed in front of empty terraces as artificial crowd noise was added to radio and television commentaries. It has all been so unreal. Not only did supporters miss out seeing their teams perform on the pitch, they also missed out in meeting others who regularly sat with them on match day. Casual relationships based only on their common sporting interest of the game, but a relationship none the less. It is good to see clubs opening to fans again, albeit in a limited way. Let’s hope it won’t be too long before the excited roar of a packed ground is heard once more.

The railway station is a natural gathering place where people on their journey hurry past each other on crowded platforms. Many people have agreed to meet ‘under the station clock’ at Waterloo Station on the South Bank of the Thames in London. It is a named space to wait in anticipation of meeting with an old friend or a new acquaintance. Sometimes it has been a place of disappointment when the expected meeting fails to materialize and the promise of company goes unfulfilled. The railway station can also be the place of tearful goodbyes as friends depart to go on their separate ways.

Our home is a natural meeting place where those whose confidence we share are welcomed for time together over a meal. It is a personal space that is not open to everyone but a place of invitation that is in our gift of offer. It has been one aspect of lockdown that has been especially hard to manage. It has led to much loneliness and isolation, especially for the elderly often living alone. The phrase ‘home is where your heart is’ serves to emphasise the centrality of the collection of rooms that constitute our home, the familiar surroundings where we belong. Making a person ‘feel at home’ offers them a surety of place and purpose as if they were in their own home. In the early Church the home was the natural setting for sharing the Eucharistic celebration.

We leave our homes to go to the local shops or the nearby shopping mall. There we meet many strangers, whose names we do not know but who pass us in the congested street or crowded store. Just for a brief instant our lives cross and in a moment the contact is over. A loaded shopping trolley is taken through cash out where a few brief words are exchanged with the store cashier till unpacked into the car, our shopping is done and with the turn of a key, the car takes us on our journey home.

In many of our towns and cities we are fortunate to have large open spaces of parkland. London, although a sprawling urban capital, is blessed with many such parks that offer recreational opportunities to those who are resident in the city. The daily dog-walker or the track-suited jogger, are a familiar part of the scenery.

Recently we celebrated the great feast of Pentecost when the Spirit came to the apostles gathered together in a house in Jerusalem. It reminds us that a meeting place can be the start of a journey as well as the arrival point at its end.