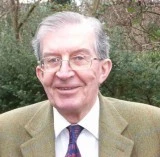 From The Catholic Theological Association’s website – with permission from the author.

Long before I ever met Nicholas Lash I was a fan!  It was Christmas 1977 and I had been given Voices of Authority by the local curate  - ‘there were curates upon the earth in those days’ - as a Christmas present with the note: ‘a small book which I think you may enjoy reading!’ It was very short indeed (116 pages and just two and a half pages of notes), but how much was squeezed so eloquently into those pages. Quite apart from its content, it was a lesson that one could write cutting edge theology without cumbersome language and ostentatious displays of academic prowess. He could just say it all so simply, and yet he never retreated from the fact that faith is a matter of facing hard questions. Here is a lovely example:

To confess the authority of Christ is, or should be, to confess one’s willingness to live, and think, and work in a world in which there are no ‘easy answers’. It is to live by hope (p. 42).

A clear statement of faith, and the existential challenge of faith, while reminding us that it is no use whistling past the graveyard with repeated assertions that ‘we have the truth.’ Nicholas with his love of questions, and his gentle manner of revealing humbug by asking one question and then another, was a theologian by nature as well as by profession.

Having read Voices of Authority with gusto, I kept my eyes open for other books by him and in 1979 bought Theology on Dover Beach which for me is his greatest work: there are great questions facing any believer, so let’s face them and see if we address them meaningfully. It was a book that did not pull its punches. If anyone thinks that there is some set of simple answers to the questions that faith brings up within the believer’s life, then that person should think again. And he quotes Fergus Kerr with approval on p. 133 ‘that “an enormous amount of hard work is all that faces the student of theology at the present time”.’ Would that every apologist who just clicks on a website to ‘set out the true teaching’ would take those words to heart and go first and examine the question!  Theology on Dover Beach is not a comfort inducing book but stands as warning to us all. Looking at it again, it is like Nicholas sitting at a CTA conference, leaning slightly to one side and with his hand only half up as if he was not sure whether or not a question was called for, and nudging us to see that short cuts just will not do. We have to question and question and keep on questioning. Theology is faith in a continuous activity of seeking some understanding.

The point of departure for the 1979 book was Matthew Arnold’s poem ‘Dover Beach’ – and note that Nicholas was using it five years before Don Cupitt made it the key image in his ‘sea of faith’ programmes and books in 1984 – and the plight of modern believing. However, Nicholas’s response was not simply an agonising re-statement of the problems, but was accompanied by his own firm grasp of the essential core of the tradition:

Our faith in God, our certainty concerning God, is mediated across the texture of the common life of a community dedicated to hearing his saving Word, and keeping it in faithful service (p. 58).

One could build an entire theology on the basis of that wonderful sentence. We cannot engage apart from the realities of the human condition, and that condition is central within this incarnational theology, and it is never an isolated intellectual act but an ecclesial response that makes a difference through service.

It is this radical incarnationalism that characterised Nicholas’s presence among us in the CTA. He presented a gentle and considerate face to all, he quietly helped younger theologians to grow, and he enjoyed our association and made our association enjoyable. Are we ever more a community of theologians than when, lectures and seminars over, the chairs are placed in a circle, the bottles appear, and we sustain each other with gossip, learning, and the insights that colleagues like Nicholas have gathered over a lifetime? His wonderful memory brought him all the way back to the founding of our association, then back to the long hot summer of 1968, then to the Council, and to the world before it. No story was told with bitterness, each was narrated with true wit, and both saints and miscreants were given hilarious imitation.

I had to pull down those books again this morning to check the quotations in my memory and find the page numbers, and began thumbing through them. I recalled that on the last occasion he came to our conference, 2017, I asked him to sign my copy of Voices of Authority – and now that signature is a little memento of him for me. Then I noticed that Theology on Dover Beach is dedicated: ‘For Jan, with love’ – and our thoughts go to Jan who nursed him at home in Cambridge until the end. Death, death coming close to us in the loss of friends we love, is an acid test of our engagement in theology. But we are consoled by faith, and the ancient sage’s wisdom: ‘those who are learned will glitter like the bright heavens, and those who have taught many the way of righteousness will shine like the stars for ever and ever.’