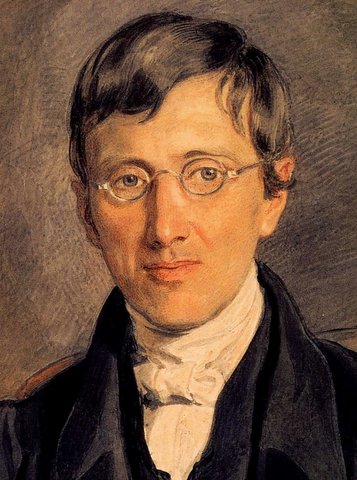 John Henry Newman was a true Victorian. Born on February 21st 1801, his early years matched the time of the Napoleonic wars in Europe. His life spanned the decades of the 19th century with his death coming in early August, 1890. We now celebrate his momentous life in our recognition of its sanctity.

But what of the early years? The Church tends to recognise the benign smile, captured by Millais in the famous portrait in the red regalia of Cardinal. Recognition of his life with that honour came in 1879,  just before his death in 1890.

Newman was four when the battle of Trafalgar was won by the English fleet under the command of Nelson. This London-born boy was later to enter Trinity College of Oxford University in 1817, beginning a brilliant academic career that would see his name become prominent in those pre-Victorian years. He became a nationally known figure.

Ordained a deacon in the Anglican church  in 1824, it was on Trinity Sunday, in May 1825, that he was ordained a priest in Christ Church Cathedral by the Bishop of Oxford.

A year later, in 1826, came his Fellowship at Oriel College. Hurrell Froude was appointed at the same time and the two men formed a strong bond of friendship. Froude was described by Newman as "one of the acutest, cleverest and deepest men" he ever met.

When Froude died in 1836, at the young age of 33, Newman was invited by a friend to select a book from his library by way of memory. In addition he further added 'Take that'. Newman records in the Apologia that the suggested volume  "... was the Breviary which Hurrell had had with him at Barbados. Accordingly, I took it, studied it, wrote my Tract from it and have it on my table in constant use till this day."

The Oxford Movement that grew up round a group of clergy and academics in the 1830s were often called the Tractarians, for they published brief articles or Tracts on matters of faith, Newman himself contributing to many of them.

The most famous of these, Tract 90, was written by Newman and published in 1841. In this Tract, Newman  examined the 39 Articles, and suggested that the text of the Articles was not directed against the authorized creed of Roman Catholics, but only against popular errors and exaggerations. It marked the last four years of his time within the Anglican communion. He resigned his position at the university church of St Mary's in 1843 and from there retired to live at Littlemore, just outside the city. It was during his time at the university church that the substance of the 'middle way', the 'via media' was developed through his sermons and his writings.

In contrast to his previous experience of life within the university, his life at Littlemore with a few close friends was one of prayer and seclusion. It was there on a night of pouring rain, October 9th 1845, that the Italian passionist priest Dominic Barberi received Newman into the Church of Rome. His formative and highly influential days in Oxford were at an end.

He records in the Apologia that he spent the weekend towards the end of February 1846 alone at Littlemore, leaving on the Monday morning. He writes that "I have never seen Oxford since, excepting its spires from the railway".   A footnote in the Apologia records that he did return, in February 1878, after a thirty two year absence.

I have referred to the 'Apologia' a few times.  Newman's essay was written in response to a personal attack by Charles Kingsley impeaching Newman's truthfulness and honor. The  Apologia Pro Vita Sua - a History of my Religious Opinions- was a spiritual autobiographical response to Kingsley's attacks.

It was written over a six week period, with Newman standing at a desk hand-writing the text over many hours each day. It is said that the MSS still shows signs where his tears shed when recalling those earlier years made the ink run on the page. It was published in 1865 and remains in print to this day.

A number of familiar hymns come to us from the writings of Newman, possibly the most famous arising from a poem he wrote in 1833, The Pillar and the Cloud. We now know it as 'Lead kindly light'.

During illness whilst travelling home from Italy to England, he told the servant who was caring for him "I have a work to do in England". He was later to write his famous lines whilst his ship was becalmed at sea.

The first verse concludes with these words. "....keep thou my feet, I do not ask to see the distant scene, one step enough for me". Young Mr. Newman walked a long way.