Listen to my people 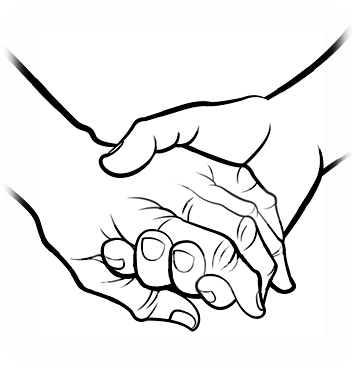 Any discussion of abuse within the Church must begin with our listening to survivors. Many have grown from childhood through to their adult years, bearing the often untold burden of what happened in those precious years. That was why those attending the recent gathering of bishops in Rome were asked to listen to their stories before they arrived.

It is too early to judge the outcome of their conversations; that will come in due time. What we can recognise — and must recognise — is that, in the words of the Archbishop of Brisbane, this is a 'global emergency'. Prior to the disclosures in Boston in 2002, the occasional case had publicity, whether in the US or in Europe. There was certainly no appreciation of the magnitude of the scale of problem that we now face.

We must ask the question: Why have we been silent for so long? How have both priests and bishops been able to hide behind the curtain without public disclosure of their offence? This was discussed in my few words on the cult of clericalism, published at the beginning of February. 'What brought the abuse scandal into the public domain? When honesty overcame acquiescence, talking began. Partly it was due to the cult of reverence for the clergy of the ordained. They were trusted without hesitation. Clericalism grew in a protective atmosphere, one looking after the other.’

The suggestion, that if we just lower our heads the storm will pass over, doesn't wash. The calling of 190 prelates to Rome was a significant indication of the crisis of credibility that the Church now faces. Abuse occurs across all strata of society; it is not ours alone to own. But that it has been so prevalent within the Church is deeply worrying and calls for a concerted response.

The Boston disclosures of 2002, the Pennsylvania Report published last Summer, the abuse uncovered in Chile, not to mention the many instances in other places, offer painful indications of failure. We must question not just the failure of those whose actions have been directly abusive, but also the failure of others who knew and did nothing. In recent weeks, the former Cardinal Archbishop of Washington, Theodore McCarrick, has been laicised after years of unacceptable behaviour that others were aware of but chose to ignore. The power of those in authority over those they abuse is considerable and has often been successfully used to enforce secrecy.

Now we have the news from Australia regarding Cardinal George Pell, albeit awaiting Appeal. Listening to the testimony of those who have found the strength to recount their experience, you realise the hold exploitive individuals have over the lives of those who have the misfortune to cross their paths.

Francis pointedly told the bishops 'even one case is a monstrosity'. The bishops are charged to return home with the mind-set to implement change. At some point, hopefully not too distant, guidelines will be issued from Rome aimed at reform. It will be for the bishops' conferences to implement them in their own countries.

The secrecy and cover-up has to be gone for good. The motive of protecting the good name of the Church has been shot to pieces: the only option for our future conduct is complete transparency. The change in mentality that is required may be challenging but without it trust will be lost and the teaching voice of the Church seen as irrelevant.

How will this step-change be achieved? First of all, we cannot expect, nor should we presume, that the bishops can achieve change by carefully chosen phrases and pious pleasantries. There must be deep and meaningful exchange with the laity, using the latter’s experience and expertise to inform and develop a satisfactory strategy. Ownership by all achieves more than the instruction from a selected group.

Secondly, we must ensure that women are allowed and encouraged to participate fully in such developments. A start was made in Rome, with the presence for the first time at such a gathering of the leaders of significant women's orders. This whole question highlights the imbalance within the Church on the basis of gender. The singular male voice has dominated for too long and the story that has been told has been incomplete. Maybe now, at long last, change will be forced upon us and we will recognise that appreciation of the broader picture will only come when the response is from both men and women.

Sister Veronica Openibo, a Nigerian nun,  used her time at the podium to shame the church leadership for their silence in the face of such crimes. “How could the clerical church have kept silent, covering these atrocities?” she asked. “We must acknowledge that our mediocrity, hypocrisy and complacency have brought us to this disgraceful and scandalous place we find ourselves as a church.”

We can only hope and pray that her words will be heeded and trust restored in the Church that is our home.