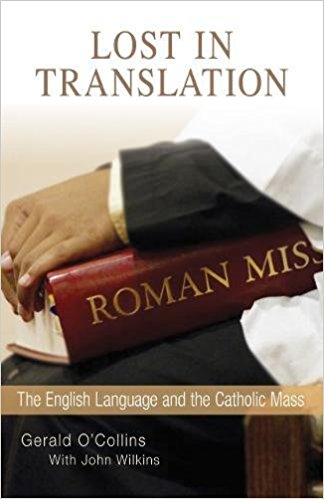 As we are approaching the sixth anniversary of the introduction of the New Translation of the Roman Missal in Advent 2011, the Motu Proprio of Pope Francis issued in September has been a
welcome document. In it he returns authority concerning Liturgical translation to each conference of bishops where it rightfully belongs.

The Dominican theologian, Yves Congar writing in his extensive documentation of the Council, pointedly noted that what had been given by the Council had been stolen by the Vatican in previous
times. The degree of re-adjustment that is now taking place is significant and it underlies our experience of a changing Church.

It may be a useful time to reflect on the experience of the last six years. I do not intend asking questions about individual translation issues for that has been done extensively since Advent of 2011. Rather I want to examine some of the sociological, personal issues that have been raised during that time and their consequences.

Thinking back to the first introduction of the vernacular following the conclusion of Vatican II, circumstances were different. We were moving from a language, Latin, that we had learned to
pronounce even if we didn’t understand, to a familiar mother-tongue that was the currency of every day conversation and exchange. The Council wanted that facility to be available to us all. We are aware of the nuances and care required of our words. There was excitement in the air and the dissenters were few. Our English vernacular followed the new edition of the Roman Missal,
promulgated by Paul VI in April 1969.

Over the last fifty or so years, we had grown accustomed to an English translation that was very much the fruit of the Council, one that affected all of us when together we gathered for the Eucharist. It became the comfortable way in which we liturgically celebrated our Christian worship.

It was always seen as a first effort, a rapidly implemented translation in response to the Council. By 1973 it was in use throughout the English-speaking world and became the accepted
text in subsequent years.

Following lengthy discussions by the International Commission on English in the Liturgy (ICEL), a translation into English that continued development of the path-breaking 1973 text which,
inevitably, had flaws due to the speed of its introduction, was put before the Holy See in 1998. “The ‘dynamic equivalence’ approach to translation in order to render the same meaning in English idiom had been accepted by Paul VI.” Opinion in the Vatican turned against this principle and so the 1998 text was shelved.

In spite of the support by all of the English-speaking Bishops’ Conferences, world-wide, the Instruction Liturgiam Authenticam of the Holy See, issued in March 2001, included the requirement that, in translations of the liturgical texts from the official Latin originals, "the original text, insofar as possible, must be translated integrally and in the most exact manner, without omissions or additions in terms of their content, and without paraphrases or glosses. Any adaptation to the characteristics or the nature of the various vernacular languages is to be sober and discreet". This instruction determined that the only valid text would be that of literal translation from the Latin. The principle that translation should be done with attention to the sensitivities and experience of those who were to receive it came a poor second. Dynamic equivalence went out the window and with it contemporary understanding of much of our liturgical experience.

Further discussion of the pressure put upon ICEL at that time is contained in Bishop Maurice Taylor’s book “It’s the Eucharist, thank God". During this time, +Taylor was Chair of ICEL.
Reflecting on these events, it is a sorry story of collegiality being subverted to the view of Rome.

It took some time for the Catholic community at large to realise what was happening for only gradually did the detail leak out from Rome. Discussion was taking place behind closed doors that the vast majority of us were not aware of. Some far-sighted people began to raise concern and through internet web activity the message spread. As the date for implementation of the text that
succeeded the rejected 1998 translation, got nearer there was a plea to find a way to trial the new text, developed through the deliberations of the Vox Clara Commission, established in July
2001. In this way the response of communities might be judged before the final commitment to a new translation was made. A significant website asking for such a move was set up by Fr. Michael Ryan in Seattle – What if we just said wait? It attracted many thousands of signatures across the English-speaking world in support of its central plea.

But all to no avail.

The printing presses started rolling, videos for parish catechises were made and the bishops, who had overwhelmingly supported the text of 1998, themselves rolled over and backed this new,
literal translation. They argued that this would be an opportunity forof development within communities of an understanding of Eucharist.

This has affected us in various ways and a first concern must be for our priests who have been asked to lead our Eucharistic prayer in a language that is uncomfortable and does not lend itself to such public proclamation. Many is the email or spoken comment I have received from priests who have experienced such difficulty and their exasperation has increased with the passing years, not diminished. Individually they have resorted to making their own adaptation to the text in order that they can pray it and the people understand it. In some parishes the regular use of the Apostles’ Creed has replaced the Nicene Creed, thus avoiding textual difficulties. I have seen very little by way of public statement from Bishops in appreciation of their real difficulty.

For those of us who share in the celebration of the Eucharist, the language offered has not been a comfortable experience. Too often our attention has been drawn to the awkwardness of a stilted phrase rather than its prayerful meaning. Priest and people pray the Eucharist together, yet we are in danger of moving back towards the pattern of people listening to the priest who is himself uncertain how to handle the inadequacy of the text. We have paid a high price for ignoring the dynamic equivalence principle of translation.

James Sweeney CP, in an excellent article published in the September/October 2014 issue of The Pastoral Review, makes an important point. “The new text of the Mass whatever its faithfulness to its Latin origins, is far from user-friendly”.

A problem enough for those of us in our later years who have grown use to the texts offered post Vatican II, but what of younger people, our teenagers and children for whom going to church at all is a challenge in itself. When we do get them inside the door they are offered a language diet that is both complex and archaic. Those of us who are older have often adopted a silent non-
acceptance in respect to new responses and Eucharistic prayers of this translation and so our presence is that only, a presence, rather than an active prayerful involvement.

Now with this encouragement of collegiality by Francis we may well be moving towards a significant change in attitude and a solution to our problems. We have a pastoral Pope who is sensitive to need. Now all we need is an open Church to join him.

That will depend on the courage of the hierarchies in English-speaking countries to respond to this latest document from Rome. The real acceptance of the principle of collegiality, the un-opened
present of Lumen Gentium, were it fully appreciated, would have prevented much of the disquiet of the last six years.

One way or another we should now seek to find a solution to a point of discord at the centre of our Christian community. We might begin to get somewhere by talking to each other and listening to considered responses. Clearly, some of the bishops think that if they sit tight, then people will get used to it and the problem will go away. But unfortunately language that does not speak to us is more likely to lead the people to go away.

Could we not have the 1998 text authorised for use as an optional alternative?

In this book, Gerald O'Collins, SJ, takes a systematic look at the 2010 English translation of the Roman Missal and the ways it fails to achieve what the Second Vatican Council mandated: the full participation of priest and people. Critiquing the unsatisfactory principles prescribed by the Vatican instruction Liturgiam Authenticam (2001), this book, which includes a chapter by John Wilkins:

- tells the story of the maneuverings that sidelined the 1998 translation approved by eleven conferences of English-speaking bishops,

- criticizes the 2010 translation, and

- illustrates the clear superiority of the 1998 translation, the "Missal that never was"