ACTA’s Letter to the Pope 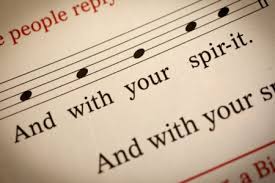 From the foundation of ACTA in 2012, a persistent discontent with the new translation of the liturgy kept surfacing among its members, both laity and clergy. Some local branches, notably in Leeds, engaged in intensive study of the texts. In December 2013, the then Chair of ACTA, Jean Riordan, wrote to the Archbishop of Westminster (soon to be Cardinal) Vincent Nichols, reporting this widespread dissatisfaction among ACTA members. Riordan asked if the Bishops’ Conference of England and Wales would again consider the 1998 translation. Widely admired, it had been shelved by authorities in the Roman Curia despite having been passed by all the eleven bishops’ conferences which were full members of ICEL (the International Commission on English in the Liturgy).

In his response, Archbishop Nichols acknowledged that parts of the translation were “indeed clumsy and difficult”. But, he said, other parts were “rich and rewarding”. So there were different views about it. “A great deal of work” had gone into the new texts, which had been “given to us by the Church”.

Jean Riordan had written previously to 34 bishops in England and Wales, following the introduction of the new translation. Twenty-two replied. Some were supportive but most emphasised the duty to be obedient. There was no choice, they said.

Meanwhile, Pope Francis had burst upon the scene, tasked with renewal. The first thing to be changed was the Church’s attitude, he said. He set himself to liberate the body of bishops to speak plainly and openly in a collegial spirit extending throughout the whole People of God. ACTA had been formed precisely for this purpose. Meanwhile, the Pope and bishops were agreed that the Roman Curia needed radical reform. The Curia should be the servant of the bishops, not their master, Francis said.

But in the matter of the English liturgical texts, the Curia had behaved as the master. Would the Pope know about the liturgical situation in the English-speaking countries? Would people have been frank with him?

It was in this context that ACTA’s letter to the Pope was conceived. The letter had a twin focus, one on the liturgical texts themselves and the other on the role that the Curia had played. A Spanish translation dated 8 October 2015 was put directly into Francis’s hands just before the second meeting of the synod on the family.

Here is the English original of the Spanish text:

I am writing to you as the chair of a new ‘movement from below’ in Britain. We exist to open up a space for trusting dialogue between clergy, laity and bishops on questions of mutual concern. We are encouraged to do this by your own example. We began in 2012 and in our first year more than 1,500 members joined.

I hope you will allow me to address you personally. We have again and again been made aware by our representatives in every diocese of England and Wales that there is a widespread and deep concern about the present vernacular translations of the missal into English. We have approached bishops in England and Wales about these deficiencies. We discern that a number of them have considerable agreement with us, but their hands are tied. The current translation was imposed on English-speaking congregations after a decision in 2001 of the Vatican Congregation for Worship and the Sacraments. The Vatican refused to accept the texts approved by the bishops.

The Vatican intervention contravened the clear instructions of the Second Vatican Council. The Constitution on the Liturgy stated that the vernacular translations were the responsibility of the local episcopates (SC, 22.2, 36.3). We believe that this sort of usurpation of power by the Roman Curia is one of the features of the Church today that disturb you and that you want to change, in accordance with the mandate given you by the cardinal electors in the conclave.

Like Catholics everywhere, we are looking anxiously but hopefully towards the synods you have called for October. We understand from interviews you have given and from what you have written in Evangelii Gaudium that you are inviting the episcopate to reestablish themselves as vicars of Christ in their dioceses.

We had the idea, therefore, of writing directly to you. Please may we present our experience of the adverse effects when the bishops are overridden.

The international commission had worked under great pressure. As soon as they could, they set out to produce a revised vernacular version of the missal. After 13 years’ further intensive work and consultation, it was ready in 1998 with the approval of all the bishops’ conferences represented in ICEL. This version is dynamic and beautiful as well as scholarly. In the Mass, it retains key texts – such as the Gloria, the Sanctus, the Creed - which were ecumenically arrived at as a bridge with other traditions.  It uses moderately inclusive language that does not offend the sensibility of women or young people today. It flows intelligibly for both priest and people.

Yet despite the bishops, the Vatican congregation refused to recognise it. It remains on a Vatican shelf. Instead, four years later, the congregation issued an instruction which overturned all the principles of translation previously agreed and followed for some 40 years. Entitled Liturgiam Authenticam, it enjoined an extreme literalism extending even to punctuation and capital letters. The aim was no longer to set the Mass in English idiom. It was to transpose Latin into English words.

A group of senior bishops was then selected to oversee the implementation of Liturgiam Authenticam. The group was called Vox Clara. Even after a new translation had been produced which was considered to be finished, a further set of changes were made by the Vatican. Many of us now find the language of the English liturgy to be stilted, clumsy and difficult. The original Vatican II inspiration has been pared down. Archaic terms appear in sentences which go on and on. There is no poetry. These are not texts that can be proclaimed. They do not aid evangelisation or prayerful reflection.

A full account of this imposition of central power and how it disenfranchised national bishops’ conferences has been published by Bishop Maurice Taylor, the episcopal chairman of ICEL at the time.

A swingeing review of Liturgiam Authenticam by the Professor of Music History at Princeton University, Peter Jeffery, appeared in 2004. He himself, he wrote, was “as conservative as one can get without rejecting Vatican II”. Yet he described Liturgiam Authenticam as “the most ignorant statement on liturgy ever issued by a modern Vatican congregation”.

A notable critic of the earlier ICEL texts was Professor Eamon Duffy of Cambridge University. His scholarship coupled with his great feel for language has made him one of the most influential voices in the liturgical debate since the first ICEL translations appeared, and a powerful force for their improvement. But the present Mass texts are “ghastly”, in his opinion, and the acquiescence in them by the English-speaking bishops’ conferences is “craven”.

Not everyone shares such opinions, of course. But certainly in our own ACTA movement the vast majority of lay and ordained members do. They see this as an historical misuse of power by the Roman Curia, with after-effects that are still being experienced today and every day at every celebration of Mass in parishes throughout the English-speaking world.

On their behalf I have ventured to write to you in this way, as the final court of appeal. I have found the confidence to do so because as supreme pastor you speak with us on our level, instead of addressing us always from above. We hope that the synod will recast itself along these same lines, for the sake of the whole Church, and we would like to assure you of our prayers that the Church should recover a proper balance between bishops and people, with the Roman Curia as a civil service that assists, rather than dominates.

Please could we encourage you to go on striving, as we know you will. The grateful hopes of so many depend on it in so many ways. For ourselves, as I have said, one of those hopes, expressed to me so often by so many of the members of our movement from all walks of life, is that one day in our lifetimes we may have the joy of celebrating Mass in proper English.