Francis Starts Festival of Forgiveness by Going to Confession 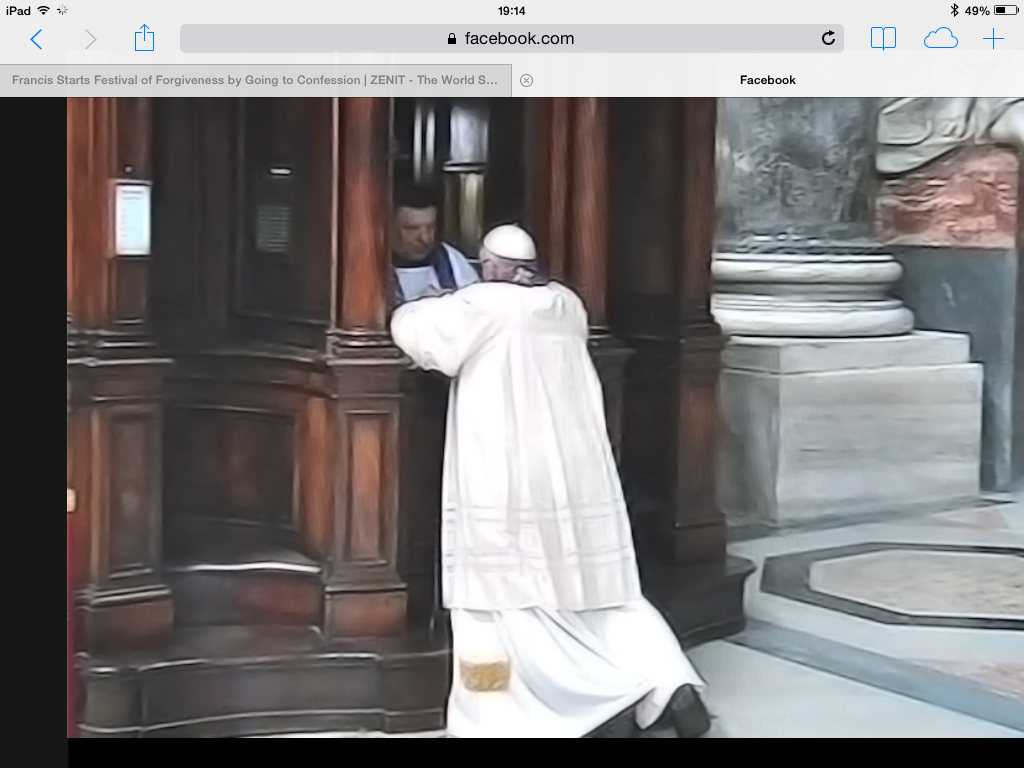 Pope Francis chose to first receive the sacrament of reconciliation before himself beginning to hear confessions during the Festival of Forgiveness, the 24 Hours for the Lord, that he is leading from Rome for the Church worldwide.

The 24 Hours initiative began this afternoon in Rome and will end Saturday.

Dioceses across the globe have responded to the Pope's call to host their own 24 Hours, having priests available for confession around the clock.

Francis apparently surprised the master of ceremonies during the opening ceremony in St. Peter's Basilica, as the Holy Father first moved to make his own confession before entering the confession booth indicated him.

The 24 Hours for the Lord initiative is being sponsored by the Pontifical Council for Promoting New Evangelization. Officials from the council told ZENIT both that the initiative has received "enormous support" around the world, and also that it is hoped it will become aLenten tradition.